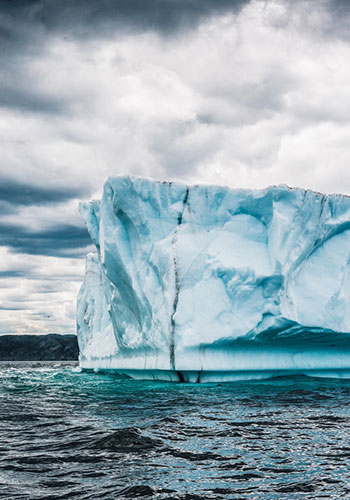 According to the Intergovernmental Panel on Climate Change (IPCC), scientists are seeing changes in the climate of the entire planet. Many of the changes in climate have not been seen in thousands, if any, hundreds of thousands of decades. Some of the changes, such as the continued rise in sea levels, are irreversible over hundreds or thousands of years.

But, climate change can be halted by strong and sustained cuts in carbon dioxide (CO2) emissions and other greenhouse gasses. Although benefits to air quality will be immediate, global temperatures could stabilize for 20-30 years, according to the IPCC Working Group I Report, Climate Change 2021.

The Working Group I Report is the first installment in the IPCC’s Sixth Assessment Report, (AR6). It will be completed by 2022.

Hoesung Lee (Chair of the IPCC) said that “this report reflects extraordinary attempts under exceptional circumstances.” “The report’s innovations and the advances in climate science it reflects are an invaluable input to climate negotiations and decision making.”

Warming faster
This report gives new estimates on the likelihood of global warming exceeding 1.5 degrees Celsius in the coming decades. It also finds that without immediate and rapid reductions in greenhouse gas emission, it will be impossible to limit warming to 1.5 or 2 degrees Celsius.

This report estimates that human-caused greenhouse gas emissions have caused an average of 1.1degC warming between 1850-1900. It also shows that the global temperature will rise to or exceed 1.5degC over the next 20 years. This assessment is based upon improved observational data to assess historical warming and scientific understanding of how the climate system responds to human-caused greenhouse gases emissions.

“This report provides a reality check,” said Valerie Masson Delmotte, co-chair of the IPCC Working Group I. “We now have a better understanding of the past, present, and future climate. This is crucial for understanding where we are heading, what we can do, and how to prepare.”

Every region is facing growing changes

“Climate Change is already affecting every part of the Earth in many ways. Additional warming will lead to more changes,” stated Panmao Zhai, co-chair of the IPCC Working Group I.

According to the report, climate change will continue to increase in all regions over the next decade. 1.5degC global warming will lead to more heatwaves, shorter warm seasons, and long cold seasons. The report indicates that heat extremes at 2degC would be more frequent than normal, reaching critical tolerance thresholds for both agriculture and health.

It is more than temperature. Climate change is causing multiple changes in different areas – all of which will increase as the climate warms. These changes include changes in wetness and dryness as well as winds, snow, ice, and coastal areas.

The Sixth Assessment Report is the first to provide a detailed regional assessment of climate change. It also focuses on information that can be used to inform risk assessment, adaptation, decision-making, and other decisions.

Masson-Delmotte stated that “it has been obvious for decades that Earth’s climate changes and the impact of human activity on the climate system are undisputed.” The new report also highlights major scientific advances in the science and art of attribution. This includes understanding how climate change impacts specific weather events and climate phenomena like extreme heatwaves or heavy rain events.

This report also shows that human actions can still influence the course of the climate. It is evident that carbon dioxide (CO2), along with other greenhouse gases and air pollutants, is the primary driver of climate change.

“Stabilizing climate will require strong, sustained, rapid and sustained cuts in greenhouse gas emissions. This is necessary to reach net-zero CO2 emissions. Zhai stated that limiting other greenhouse gases and air pollutants, including methane, could be beneficial for both health and the climate.